Caleb’s parents were Village Missionaries long before he came on the scene.
The Lord drew Caleb to Himself when he was the ripe-old age of four. While he was still
in his single-digits, he realized that he wanted to be a Village Missionary.
After a mostly home-schooled childhood, Caleb attended California  Baptist University
in Riverside, California and received his Bachelor’s Degree in Applied Theology. Shortly
after graduation from CBU, he began working at Pahrump Community Church as
the associate pastor.  Caleb has been in this position since September 2012.
By his own testimony, God has richly blessed him with his wife Amy. They love
serving the Lord together and raising their little girl Alaina.
In his off time, he enjoys doing most anything with his wife, playing with his daughter, hiking
(when he can find a little green) and enjoying stories of all shapes and sizes. 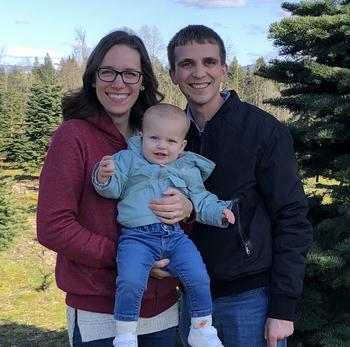 ​​Keith grew up in Farmers Branch, Texas (a suburb of Dallas).
He married Kim, his High School sweetheart, in 1978.
Keith graduated from a Bible college in Texas with a Bachelor’s degree.

In addition to a few semesters of Seminary, he gained experience as a Youth Pastor and an Associate Pastor at churches in the Dallas area before he and Kim became Village Missionaries in 1982.
They are blessed to be the parents of four children and to be grandparents of many grandchildren ranging in age from teens to toddlers.
Over the past thirty-nine years, Pastor Keith and Kim have served in Alberta (Canada), Colorado, South Dakota, California, and Nevada.

In 2001 he was asked to serve on the National Board of Village Missions as the missionary representative. He has since accepted a permanent position on this board.
Keith and Kim began their ministry at Pahrump Community Church in July, 2005. 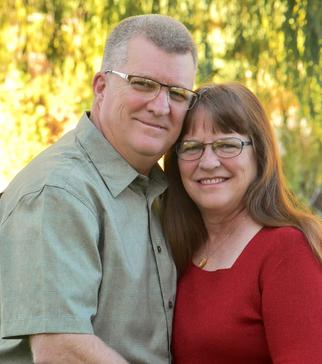